To Make God Known to Man 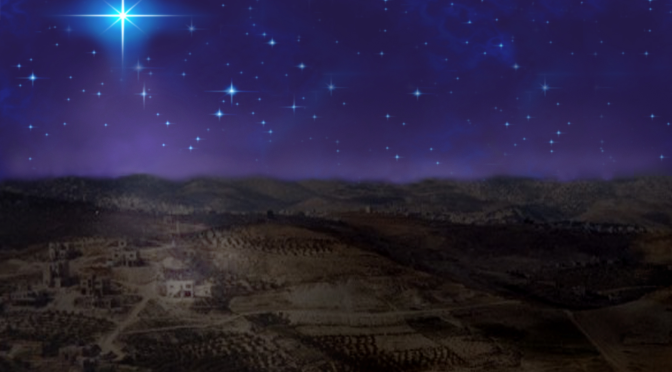 Man cannot know God apart from God making Himself known. The creation reveals enough to inform man about God, but it does not reveal God Himself to man. Knowing the creation is not the same as knowing the Creator. Creation reveals enough about God to condemn us, rendering the natural man both without excuse and without God. Creation, then, only makes God known as unknown; even the Greeks testify to this (Acts 17:23). And since you cannot love what you do not know, no one truly loves God who does not truly know God. And since sin has separated us from God (Isaiah 59:2), man is now estranged from God in his sin. The gripping reality is that man is utterly incapable of coming to God on his own; God must come to man. This is Christmas—God coming to man.

By His incarnation—which means ‘enfleshment’—God makes visible the invisible God. He assumes human nature to manifest Himself for people to see. “He is the image of the invisible God” (Colossians 1:15). “He is the radiance of the glory of God and the exact imprint of his nature” (Hebrews 1:2). Jesus responds to Philip’s request to see the Father in staggering terms: “Have I been with you so long, and you still do not know me, Philip? Whoever has seen me has seen the Father. How can you say, ‘Show us the Father’?” (John 14:9). As Charles Simeon once said, “His incarnation affords the brightest discovery of the Divine perfections.”[1] Christ came to give us “the light of the knowledge of the glory of God in the face of Jesus Christ” (2 Corinthians 4:6). “And we know that the Son of God has come and has given us understanding, so that we may know him who is true; and we are in him who is true, in his Son Jesus Christ. He is the true God and eternal life” (1 John 5:20). Wuest explains this first reason for the incarnation: “He is the visible revelation of what invisible deity is like. And only deity could clearly manifest forth deity. This manifestation was through a human medium in order that it might be perceptible to human intelligences. And that is the reason for the incarnation.”

“Man could never comprehend the invisible God unless He revealed Himself, as He did in Scripture and the incarnation.”[2] While Scripture alone is sufficient to make God known to man, Scripture is the looking glass to God and not God Himself. No one can say, “If you have seen Scripture you have seen God.” Immediately two important considerations come to mind. First, Christ is explicitly called the Word (John 1:1, 14) or The Word of God (Revelation 19:13). As the written word reveals God, so the incarnate Word reveals God. Christ and Scripture both reveal God, but only in Christ is God Himself revealed. The Scriptures speak of Him and testify to Him; He is the purpose of the Scriptures. Christ is the end; the Scriptures are the means. Second, the Scriptures testify to the supreme significance of the personal revelation of God in Christ as superior: “Long ago, at many times and in many ways, God spoke to our fathers by the prophets, but in these last days he has spoken to us by his Son … He is the radiance of the glory of God and the exact imprint of his nature, and he upholds the universe by the word of his power” (Hebrews 1:1–3). While Scripture is sufficient to make God known to man, they are not sufficient in and of themselves. Apart from Christ in the working of His Spirit, the Scriptures are just words that the natural man is not able to understand (1 Corinthians 2:14). Scripture is not our Savior, Christ is.

Every religion in the world, save Christianity, operates on the fundamental assumption that man can work his way to God or “the gods” or some “better” abode as a reward for his morality, labors, discipline, good deeds, sacrifices, religious rites, knowledge, prayers, or intentions. Christianity alone understands that “no one understands; no one seeks for God” (Romans 3:11). Christians are the only people in the world that celebrate a man-seeking God rather than working as a God-seeking man.

Salvation comes through revelation alone. Eternal life is a definitive impossibility apart from the self-revelation of God: “And this is eternal life, that they know you the only true God, and Jesus Christ whom you have sent” (John 17:3). The One whom the Father had sent is coequal (John 1:1)—and one and the same (John 10:30)—with “the only true God.” The deep significance of the little clause, “whom you have sent,” has to do with the only possible means of mankind coming to know “the only true God” and thereby coming to have eternal life (cf. 1 John 5:12).

Why the incarnation? Why did God come to man, assuming our own nature and being found in the likeness of our constitution? The ancient question cries: Why the God-man? One reason is to make God known to man.