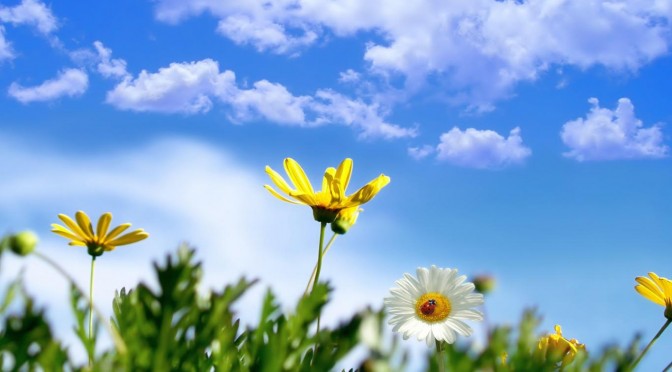 In seeking to direct my thoughts to the blessed loveliness that God has ordained in motherhood, I came across a written sermon by John Angell James (1785-1859), a humble and unpretentious English Congregationalist who was marked by his sincere diligence as a student of God’s word and pastor of God’s people. I am sharing highlights from that message for the sake of encouraging and expressing deep appreciation for godly mothers.

What associations with all that is lovely are connected with that blissful word mother! To that sound the tenderest emotions of the human heart, whether in the bosom of the savage or the sage, wake up. The beauty of that term is seen and its power felt alike by the prince and the peasant, the rustic and the philosopher. It is one of the words which infant lips are first taught to lisp, and the charm of which the infant heart first feels. It is a note to the music of which it is difficult to say whose soul most responsively vibrates, that of the parent or the child. Humanity, however semi-brutalized by oppression, ignorance, or even vice, has rarely been sunk so low as to have the last spark of maternal love extinguished or the last sensibility of this kind crushed out of it. This strength of woman’s love for her child must be turned to good account and be directed in its exercises to the best and most useful purposes.

Though these are not explicitly identified or presented in this order, I have gleaned from this sermon several key principles for godly mothering and listed them below:

1. Mothering is God-ordained. The unique influence of mothers on their children is ordained by God.

First, there is, no doubt, the ordinance of God. He, Who created us, Who formed the ties of social life, and Who gave all the sweet influences and tender susceptibilities of our various relationships, appointed that a mother’s power over the soul of her child should be this mighty. It is God’s ordinance, and the woman who forgets or neglects this is disobedient to a divine institution. God has made the child to be peculiarly susceptible to this power over his nature.

a) A mother’s affection is unique.

Then comes a mother’s love, which is stronger, at any rate more tender, than a father’s. There is more of instinct, if not of reason, in her affection. She has had more to do with the physical being of her child, having borne him in her womb, fed him from her breast, and watched him in his cradle. All this naturally and necessarily generates a feeling which nothing else can produce. Now love is the great motivating power in and for human conduct. “I drew them,” said God, “with cords of a man, with bands of love” (Hos 11:14). Here is the true philosophy of both man’s natural constitution and evangelical religion. Human nature is made to be moved, governed by love, to be drawn with the cords of affection rather than to be dragged with the chains of severity. Woman’s heart is made to love; and love is exerted more gently, sweetly, and constrainingly upon her child by her than by the other sex. It makes her more patient, more ingenious [creative], and therefore more influential.

b) A mother’s affect is unique. A mother has a unique ability to reach into the hearts of her children—in this way ‘affect’ speaks of a mother’s ability to influence, touch, and sway.

The mother has most to do with the child’s character while yet in the flexible state in which it receives its shape. The earliest exercises of thought, emotion, will, and conscience are all carried on under her eye. She has to do not only with the body in its infancy, but with the soul in its childhood. Both mind and heart are in her hands at that period when they take their first start for good or for evil. The children learn to lisp their first words and to form their first ideas under her teaching. They are almost always in her company and are insensibly to themselves and imperceptibly to her receiving a right or wrong bias from her. She is the first model of character they witness; the first exhibitions of right and wrong in practice are what they see in her. They are the constant observers of the passions, graces, virtues, and faults, which are shown in her words, temper, and actions. She is therefore, unconsciously to herself, educating them not only by designed teaching, but by all she does or says in their presence. … It is therefore of immense importance that everyone who sustains this relation should have a high idea of her own power. She should be deeply and duly impressed with the potency of her influence.

2. Think deeply on your charge. The high privilege and responsibility of mothering should be the subject of frequent and serious consideration.

Deep thoughtfulness certainly on the momentous nature of your charge. It is an awful [awe-inspiring] thing to be a parent, especially a mother, and to be responsible for the training of men and women, both for time and for eternity. … O woman! Your child’s welfare for all time and all eternity too depends much upon your conduct towards him during the period when he is under your influence, in the first years of his being. To you is committed the care of the infant’s body, the healthfulness, vigor, and comfort of which for all his future existence upon earth depend much upon you. What would be your feelings of poignant remorse if, by any neglect of yours, whether by a fall or an accident, the result of your carelessness, the poor babe was injured in his spine or distorted in his limbs! Oh! To see that young cripple injured for life in bodily comfort, ever presenting to you the sad reminder of your guilty neglect! Yet what is this to the sadder spectacle of a deformed and crippled soul, a character distorted into crooked and frightful shapes, and to have the tormenting reflection that this was the result of your neglect! …

A mother should never forget that those little engaging creatures which sport about the room so gaily and so innocently with all the unconsciousness of childhood are young immortals. …

She exults in the hope that the dear babe will be a holy, useful, happy Christian on earth and then a glorified immortal in heaven. Such reflections ought to be, at some times, in the mind of every parent. All should realize the sublime idea that their houses are the seminaries for eternity, their children the scholars, themselves the teachers, and evangelical religion the lesson. Yes, with every infant born into the family comes the injunction from God, “Take this child and bring it up for Me.” It is one of God’s own children by creation, sent to be trained up in the way he should go, that is, in the nurture and admonition of the Lord. … We shudder at the cruelties of those who sacrificed their babes to Moloch; but how much more dreadful an immolation [sacrifice] do they practice who offer up their sons and daughters to Satan by neglecting their religious education and leaving them to grow up in ignorance of God and their eternal destiny. …

Mothers, invested as you are with such an influence, often dwell upon your responsibility. With such a power conferred upon you by God, you are responsible to your children themselves. … You are responsible to your husbands. They entrust the education of their children to you. … You are responsible to the church of God, for family education is, or ought to be, in the families of the godly, the chief means of conversion. It is a fatal error for Christian parents to look to the ministers of religion for the conversion of their children. And, alas! It is the error of the day. The pulpit is looked to for those benefits, which should flow from the parents’ chair.

3. Train your children. Mothering is not just a matter of influence, it necessarily involves God-ordained authority.

Do not forget what I have already said, that affection is the golden key fitted by God to the wards of the lock in every human heart, to the application of which the bolts that nothing else could move will fly back and open with ease. Severity is out of place in anyone, but most of all in women. But beware of allowing affection to degenerate into a fond and foolish indulgence … while I enjoin affection, it must not be allowed to impair authority. A parent must not be a tyrant, but neither must he be a slave to his children. It is a painful and, to the parents, a disgraceful spectacle to see a family like a state where rebellion reigns rampant, the father deposed, the scepter broken, and the insurgent children possessed of sovereign rule. And a mother as well as a father must be obeyed, and it is her own fault if she is not. A persevering system of government, where the reins are held tightly in the hand of love, will be sure to produce submission at last. But it must be a mixture of kindness, wisdom, and authority. Submission must be felt by a child to be a duty yielded to authority, and not merely a compliance won by affection. Authority must not stiffen into severity, nor love degenerate into coaxing. Commands should be obeyed not only because it is pleasant to obey them, but because it is right that they should be obeyed.

4. Model godliness. The most powerful means of influence is example.

But can anyone, will anyone, teach or teach effectually that religion which she does not feel and practice herself? Therefore, I say, a mother’s heart must be deeply imbued [filled] with piety if she would teach it to her children. Without this, can she have the will to teach, the heart to pray, or the right to hope? Mothers, can you conceive of a higher, nobler elevation to which, in your maternal relation, you can rise than when, to the opening mind of your wondering child, you give the first idea of God? …

Feel and value your rich distinction in being called to educate the sons and daughters of the Lord God Almighty, and to prepare the holy family who are to dwell in those many mansions of His Father’s house, which the Lord Jesus is gone to prepare. Give yourselves up to this glorious work. But be judicious in all you do, lest you produce prejudice against true religion, instead of prepossession [an impression] in its favor. Let your warmest affection, your greatest cheerfulness, your most engaging smiles be put on when you teach religion to your children. Approach as nearly as possible to a seraphic [angelic—reflecting devout contemplation of heavenly realities] form. Represent religion in all its beauty, loveliness, sanctity, and ineffable sweetness. Let them see it in your character as well as hear it from your lips.

5. Trust God. Godly mothering can only be done in constant dependence on God.

Your religion, if it is genuine, will teach you at once the greatness of the work, and your own insufficiency to perform it aright in your own strength. Your business is to train mortals for earth and immortal beings for God, heaven, and eternity. … Cultivate, then, a trembling consciousness of your own insufficiency; and cast yourselves by believing, constant, and fervent prayer upon God. Be, in an eminent sense, praying mothers. Distrust yourselves, and, by believing prayer, secure the aid of Omnipotence. … Fearful, timid, and anxious mothers, be not afraid! Prayer will bring God’s help and God’s blessing.