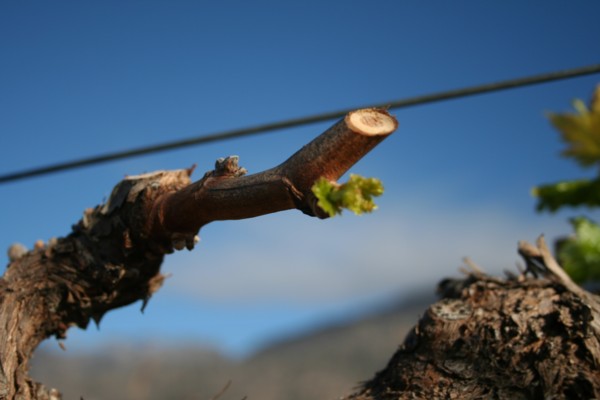 The word that Jesus uses to describe what the Father does to all who are rightly united and abiding in His Son, is the word kathairō, which means to make clean by taking away an undesirable part of something. Originally the word had the idea of sweeping something clean. It is a term concerned with purity and conveyed some idea of purging. The English word ‘catharsis’ is directly from this term. When used of vines it means to prune, as in cut back or take away some of the branch.[1] In this way, it describes the action of removing superfluous growth.[2]

Pruning is not arbitrary. It is a precise science performed with the skill of an artist. The pruning process is the most important part of the whole enterprise of viticulture (the cultivation of grapevines). It is said that pruning is the chief care of the vinedresser. If the vine is properly rooted in good soil, it may not need fertilizing or even watering, but the vinedresser cannot dispense with pruning.

The finest of vineyards are largely the result of skilled and experienced vinedressers. Serious viticulture requires a minimum of two to three years of training. Quality pruning is essential to quality produce. It is said that poor pruning can destroy an entire crop. The skilled vinedresser knows where to cut, how much to cut, and even at what angle to make the cut. All of this gives a deeper meaning to Christ’s words, “My Father is the vinedresser.” The pruning knife is in the loving hands of our heavenly Father and no other.

He Prunes Every Live Branch

We are supposed to notice that only living branches are pruned.

The illustration was cast against the backdrop of that fateful night. Only moments prior, Judas had departed from the group. He did not return before the group departed. Surely some of them must have wondered why Jesus would call them to leave the upper room without Judas. No one suspected that he was out scheming Christ’s betrayal (Jn 13:22, 28). And that was exactly the point of the illustration. From all external appearances, Judas was a disciple of Jesus. He was “attached” to the Vine, but he was not alive in the Vine.

The point here is that only living branches are pruned; dead branches are taken away (15:2), thrown out, withered, and burned (15:6). Jesus sets up a contrast in 15:2 that draws attention to this detail. Energy is not spent on dead branches. The skillful hands of the vinedresser do not prune branches that have no life in them. Pruning a dead branch benefits no one. It is a waste of time and effort, and will encourage no more fruit bearing than cutting a rock. If a branch is dead, the only suitable action is to have it removed entirely.

The illustration is in motion as they walk without Judas. He was being cut off and was soon to be cast away. But the others, especially Peter, were soon to be pruned (cf. Mt 26:75).

Christ’s pruning illustration is not intended to provide a comprehensive theology on pain and suffering, but it most certainly addressing a vital facet to the Christian life, and explains much of what a Christian ought to expect.