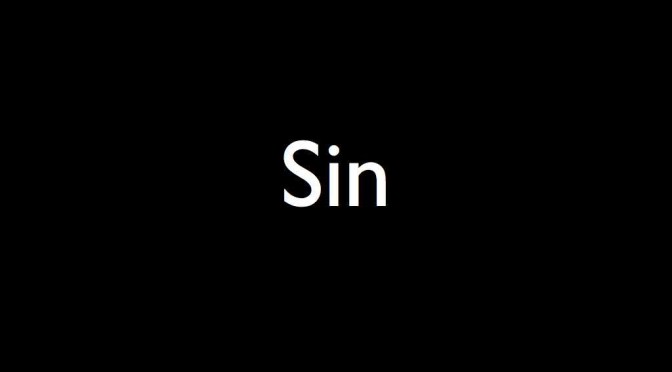 No one sees their own sin as God does; it is treated altogether as a light thing with very little consequence. Some mock the unseen consequences of sin in the existentialism of the present. So it follows, some men mock hell. But hell is not a fabrication designed to inflate the importance of sin; hell is the consequence of sin in light of God.

It is true that our view of sin suffers from a gross lack of veritable apprehension, but hell will not do. Though it is a very real consequence for the sinner without a Substitute, it is not the answer to our problem. Contemplating hell will not deliver us from the frivolous views of sin found in the hearts of so many—professing Christians included. Why? It is insufficient. If we are to increasingly reform our view of sin we must look to Christ and Him crucified. Only there will we find the truest view and estimation of sin.

The light in which we ought to see sin is the light of Christ; not man or man’s destiny. Christ and Him crucified is greater than both heaven and hell—God is more ultimate than human destiny. Sin is not seen in the right light because we don’t have enough God in our sight.

Sin is personal; its consequences will ultimately be personal and its forgiveness is emphatically personal. Such is key to our understanding of sin, whether Christian or not. God is fervidly invested against our sin. It is a matter of intense and thoroughly personal concern.

In an effort to love God more fully and consistently, it is good for us to meditate on the abhorrent nature of sin. These five aspects of sin’s nature are needful to counter our natural tendencies to dilute and diminish the significance of sin’s evil.

“Sin is striking at the very life of God. … that they would rather God were not God at all than that they would lose their lusts. … I say as far as sin prevails in your hearts, could you not wish that God were not so holy as to hate those sins you love, and not so just as to be severe against sin as He is? Is not this in your hearts? … [do” you love such a sin, that you could wish God did not hate it as much as He does, that he was not as just, holy, and severe against sin as He is, this is to wish in your heart that God was not God at all, that the life and being of God were gone.”

May we see the nature of sin more clearly for the purpose of loving God more dearly.