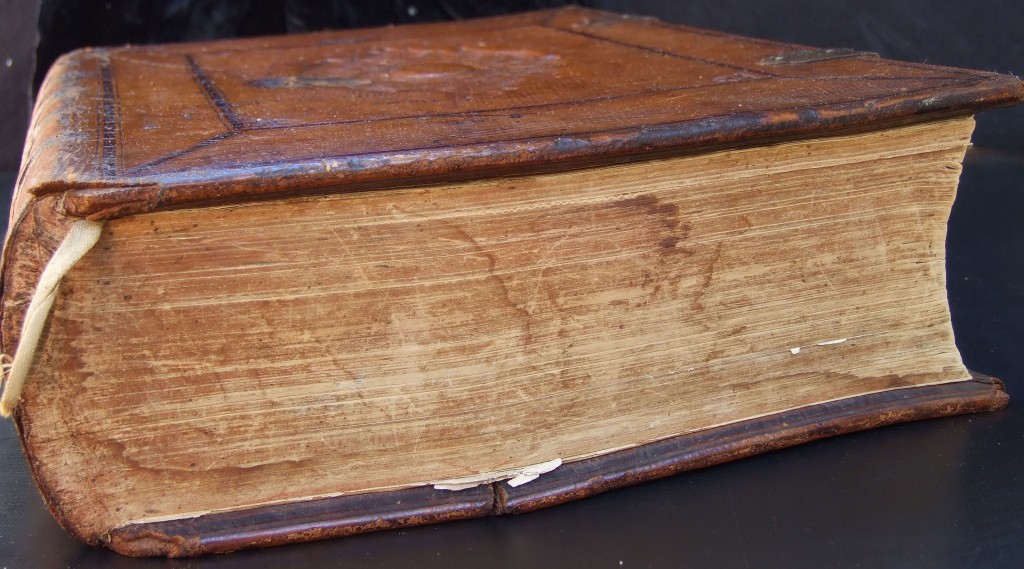 [I want to encourage everyone who is reading through the Bible with us this year. For those who are not aware, our reading plan is posted on our website at http://www.trinitybiblechurch.org/resources/bible-reading-plan. Each day it dynamically identifies the reading for that day and even furnishes a link to read the day’s reading online.]

As we travel on a course through the mountain peaks and valleys of holy writ, all of which is sacred ground, my prayer is that each of you would read with faithful eyes.

By ‘faithful’ I mean both loyal and faith-filled.

I pray that you would continue unbegrudgingly day by day, steadfast and with the goal in mind. The goal is not to read through the Bible in a year, the goal is to grow in our understanding and love to God through exposure to His inspired, inerrant, and infallible divine revelation. It is that through a faithful reading of the Scriptures, we may “grow in the grace and knowledge of our Lord and Savior Jesus Christ. To him be the glory both now and to the day of eternity. Amen” (2 Pet 3:18). May we remember that unlike what we have become accustomed to in our entertainment saturated culture, in the end hard work is the most fulfilling. The payoff of godly discipline is far greater than the fleeting pleasures of entertainment. The Apostle reminds us that “while bodily training is of some value, godliness is of value in every way, as it holds promise for the present life and also for the life to come” (1 Tim 4:8). Persevere with an aim for Christ.

But even more to the point, I pray that you would read with faith-filled eyes—with clear and uncluttered windows to your soul backed by a humble, believing mind.

Our tendency to underappreciate the Bible, and especially as we read through it, betrays how ‘spoiled’ we are as a people. We take God’s inspired Word for granted in our world. This reminds me of something that Vishal Mangalwadi, an incredibly well-versed and insightful Christian from India, said concerning his experience:

Although I found the early chapters of Genesis exciting, it did not take long to get into the boring and repulsive parts of the Bible. By the time I got to the books of Kings and Chronicles, I had had enough. I was ready to give up. Why was I reading Jewish history? I hardly knew anything of Indian history. Why should I read stories of Jewish kings long dead and gone?

He then explains why he did not stop reading:

Something intrigued me. Our folk history told us of great and glorious rulers. This Jewish book, in contrast, told me about the wickedness of Jewish rulers. Why? The priests must have written the Bible, I thought. It is typical for priests (we call them Brahmins in India) to hate rulers (the Kshatriyas). But no. The Bible said that the priests—in fact, the entire religious establishment of the Jews—became so corrupt that God destroyed his own temple and sent his priests into slavery.

Well then, the Bible must be “subaltern” history, written by ordinary people, oppressed both by priests and kings. But no, this Jewish book seemed more anti-Semitic than almost anything Hitler had penned. These Jewish scriptures (the Old Testament) condemned the Jews’ as corrupt, covetous, crooked, stupid, stiff-necked, and rebellious.

In that case, I thought, the Bible had to be the work of prophets. They love condemning everybody. Another look at those boring books of Kings and Chronicles, however, showed that most of the prophets were false prophets and the good ones lost out. They could not save themselves, let alone accomplish their mission of saving their nation. Their nation disintegrated before their very eyes.

The Bible was a very selective narration and interpretation of Jewish history. It claimed to be God’s explanation of why the entire nation was destroyed and when, why, and how it would be rebuilt. Although I studied political science (besides philosophy), none of my professors told us that these “boring” books of the Bible were the very source of modern democracy—including in India. They thought that our democracy had come from Athens. … reading those “boring” books helped me understand one basic difference between literature and revelation.

Literature is something we interpret. Revelation also interprets and evaluates us. It stands above us, judges us, and calls us back to sanity. Repeatedly through Bible history, the Jews degenerated into wickedness. The revelation, however, remained a transcendent standard that promoted self-criticism and reform. It even deconstructed false ideologies that people built around the revelation. That prophetic tradition of self-criticism made the Jews a blessing to the world. Revelation was the source by which humanity could know God’s love and judgment simultaneously. This helped me understand why the Bible made it possible for the West to reform itself repeatedly, in spite of many periods of moral and intellectual degeneration. God declared through the prophet Isaiah, “This is the one I esteem: he who is humble and contrite in spirit, and trembles at my word.” Only the person humbled by a higher authority could experience true reform.

My prayer is that we would be renewed in the spirit of our minds to read God’s holy Word with faithful eyes.